The Yountville and Napa Subareas include the southern portion of the Napa Valley Subbasin. The geology of these subareas is distinguished by the alluvial sediments, such as clay, silt, and sand, deposited across the valley and ranging in thickness from a few tens of feet to hundreds of feet. Coarse-grained deposits in the alluvium, such as sands and gravels, form the primary aquifer units in the alluvium. The alluvial sediments lie atop various rock deposits, primarily volcanic formations with lesser occurrences of sedimentary formations, which contain lower aquifer units. 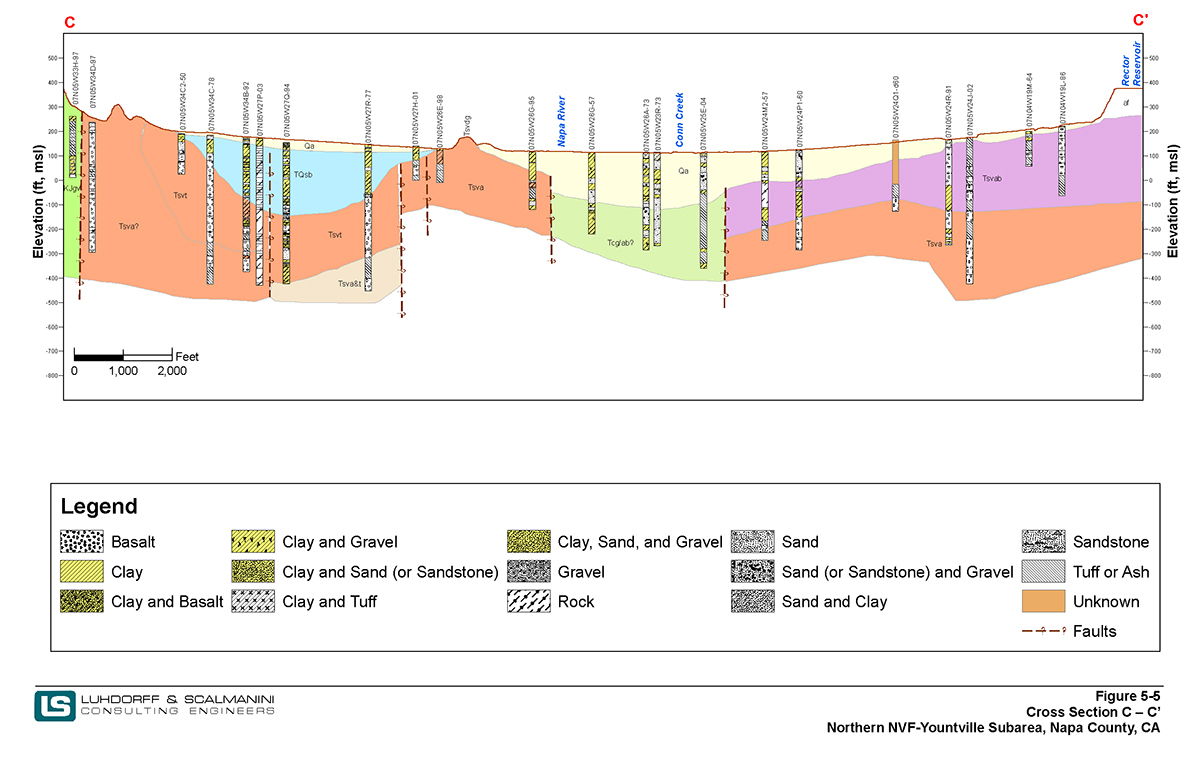 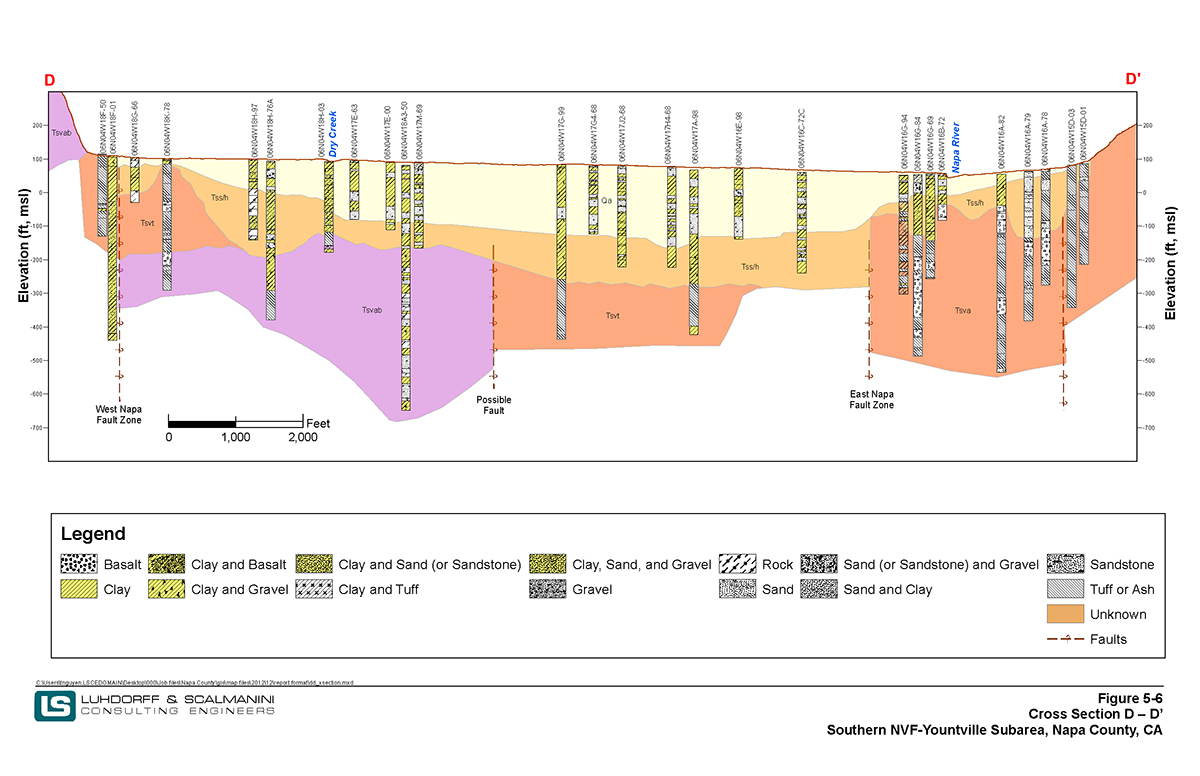 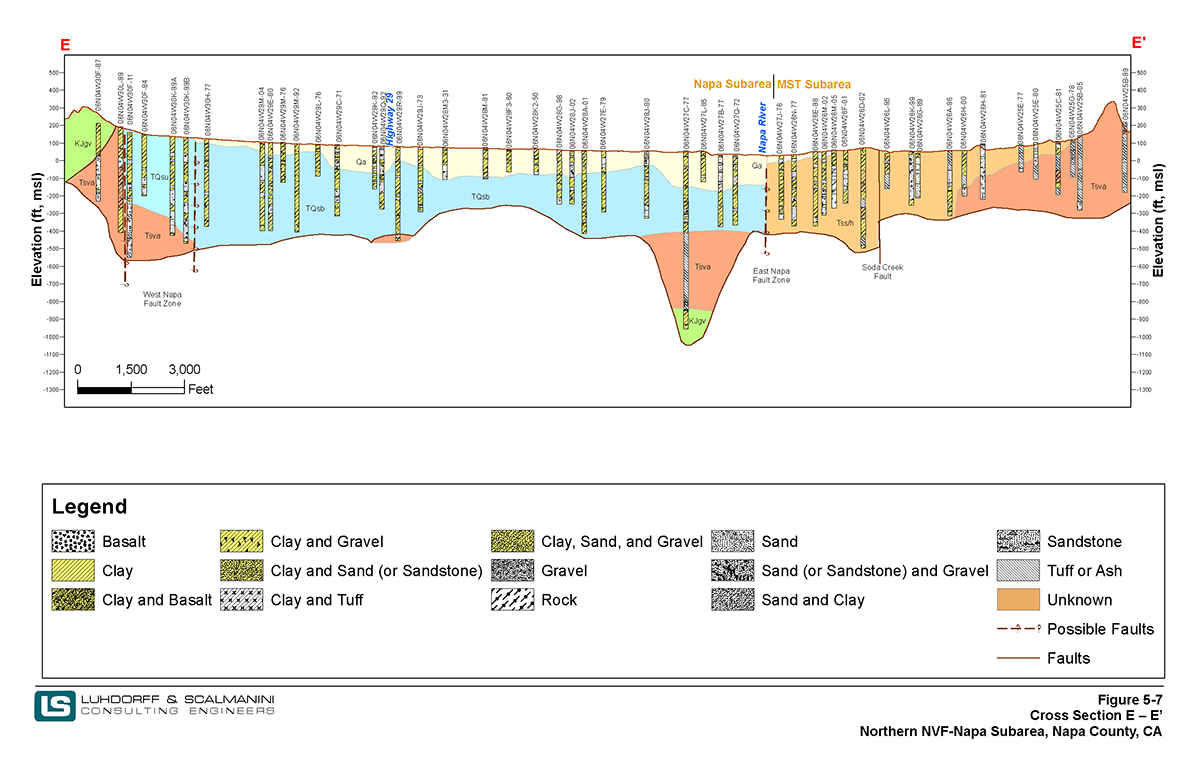 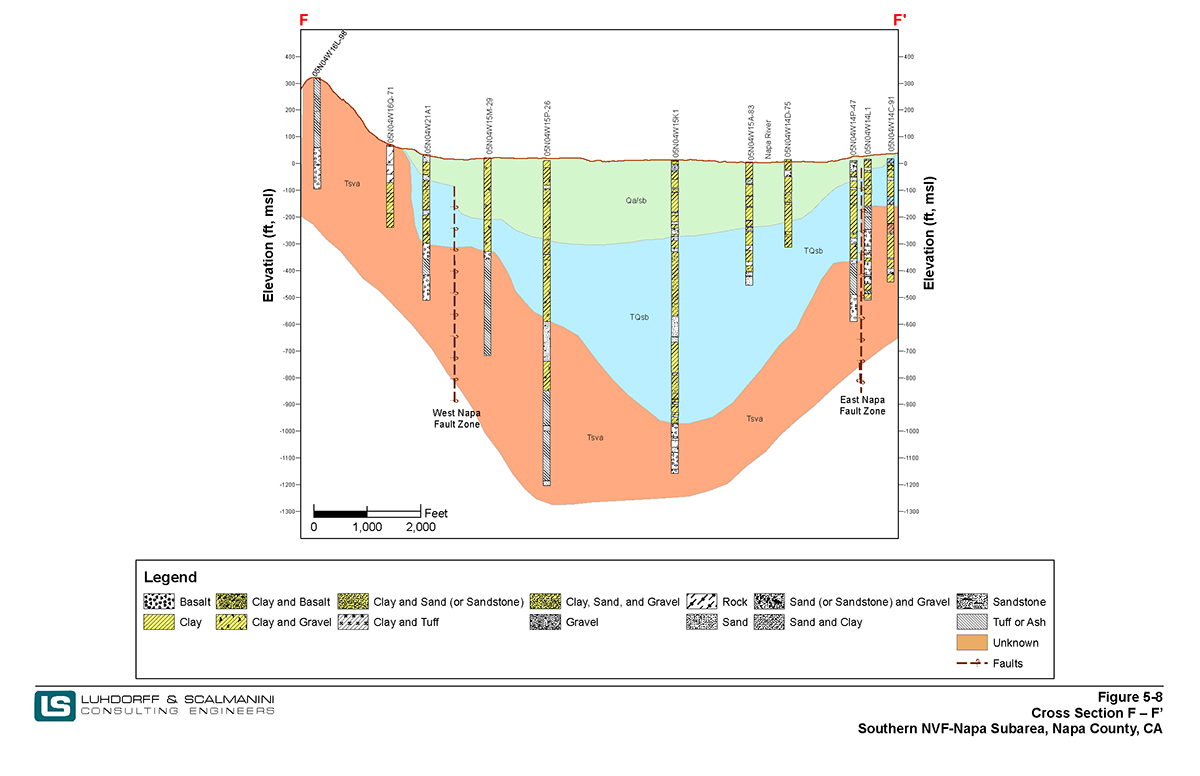 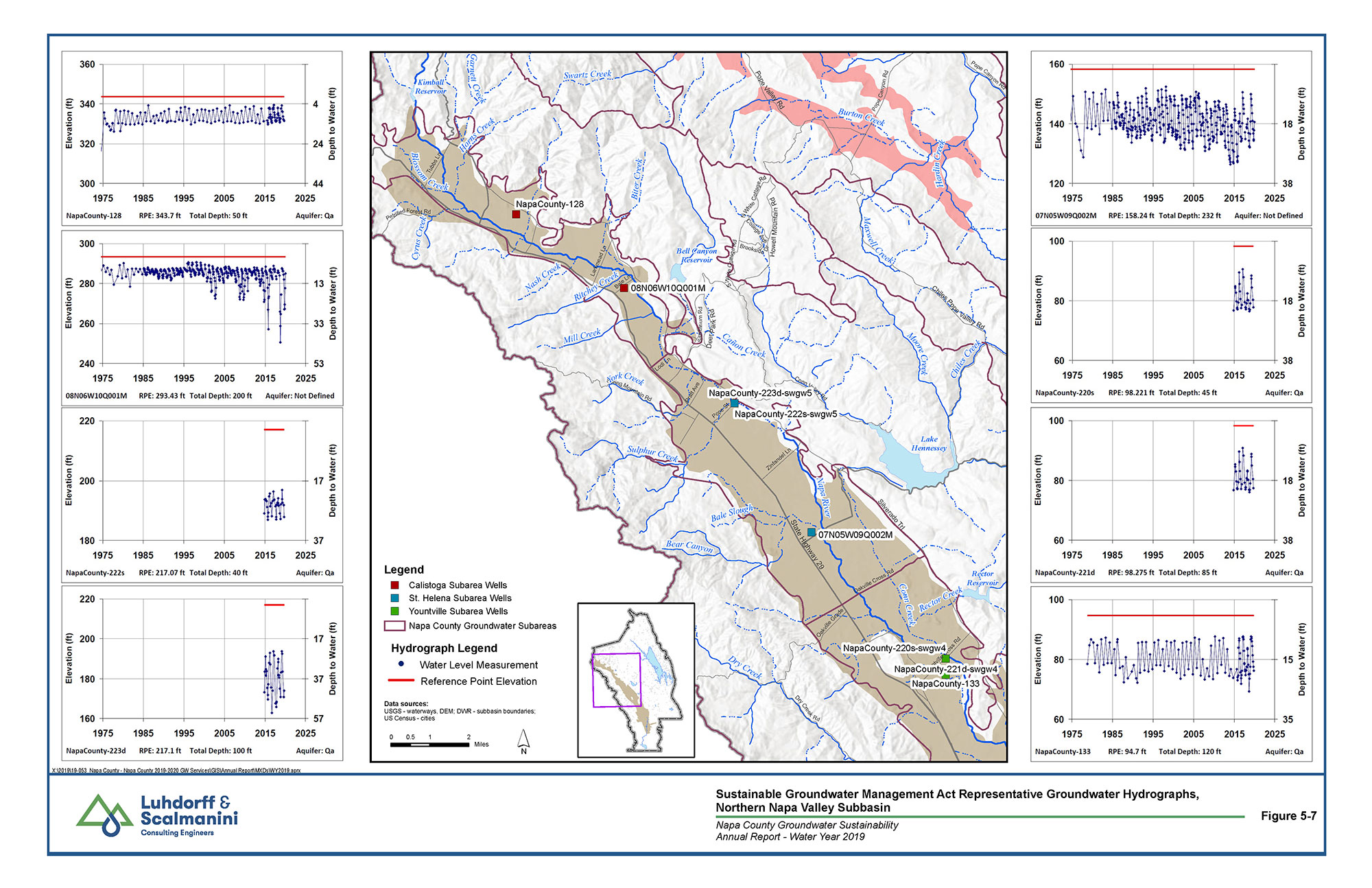 Over the long-term, groundwater levels have remained broadly stable in the Yountville and Napa Subareas. In the Yountville Subarea, the depths to groundwater in the spring are generally less than 10 to 20 feet under non-drought conditions, similar in nature to the Calistoga and St. Helena Subareas to the north. Seasonal fluctuations vary by proximity to the center of the valley. Along the western and eastern edges of the subarea, levels are more subject to larger seasonal fluctuations. Groundwater elevations in the center of the valley fluctuate seasonally approximately 10 to 25 feet, and near the edge of the valley fluctuate approximately 25 to 35 feet. In the Napa Subarea, depths to groundwater ranges from about 20 to 30 feet below ground surface in the spring most years. Seasonal groundwater elevations in this subarea generally fluctuate from 10 to 40 feet. The deepest depths to water are found in portions of the subarea east of the Napa River.

Groundwater quality is generally good in the Yountville and Napa Subareas, with limited samples exceeding standards for constituents including various metals and minerals. No spatial patterns are evident to explain the existence of elevated values.

Using the map below, click "show legend" to see map data layers, click on specific areas to find more information and links to subarea groundwater monitoring results, levels and trends. Enter your address, city or zip above the legend to zoom to an area of interest.

To navigate to other Groundwater subarea pages, use the links below. 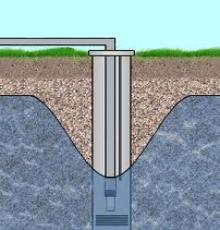 Graphic of Well Draw Down 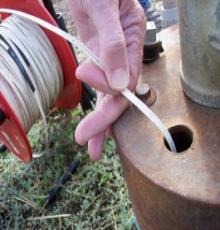 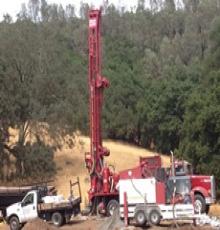