Napa County is in the northern part of the California Coast Range Geomorphic Province. The pronounced northwest orientation of the landscape is defined by a series of long ranges separated by river valleys. This orientation was created by deformation and motion of the Earth’s crust (tectonics).

The forces shaping today's landscape started about 140 million years ago (Mesozoic Era). At this early time, the eastward migrating Farallon Plate and the opposing North American Plate were colliding. The result was the accretion and subduction of oceanic crust along the plates' north-south boundary.

At about 28 million years ago (mid-late Cenozoic Era) the Pacific Plate, which was trailing the Farallon Plate in its eastward path, made contact with the North American Plate. When this occurred, the earliest stage of a major transform fault - the San Andreas Fault - resulted. The contact grew in length, and so did the fault line. As this migration continued, subduction and accretion associated with the Farallon Plate ended.

Faults of the Napa River Basin

The Napa River watershed is a northwest-trending structural and topographic depression (Hearn et al. 1988) that has largely evolved since the early Pleistocene (about 2 million years ago) as a result of downwarping associated with regional folding and faulting (Wright and Smith 1992). The watershed is located at the southern end of the northern California Coast Range province. This area is an active zone of tectonic deformation associated with the San Andreas Fault. The San Andreas Fault is located about 35 miles (56 km) southwest of the watershed. The local deformation zone is bounded by two major faults: the north-west striking Green Valley Fault in the east (about 7 miles [11 km] to the northeast of the watershed boundary), and northwest striking Healdsburg-Rodgers Fault in the west (about 15 miles [24 km] to the southwest of the watershed boundary). Both of these faults have experienced major earthquakes in the last 100 years (Eberhart-Phillips 1988, Burcham and Van Houten 1992).

Aerial photographs taken in the 1940s show the mainstem Napa River valley fully developed into agriculture. At this time, the mainstem Napa River, above the city of Napa was a low gradient, gravel-bedded stream exhibiting bar-pool morphology, with point bars, mid-channel or island bars and multiple channels in the unconfined reaches. These reaches were bordered by floodplains that appeared to be inundated annually with well-established vegetation. There were well-developed wetlands located in the transitional areas between alluvial fans and the valley floor, and on the floodplains. In confined reaches, the Napa River was a single-thread channel with the extent of the active floodplain generally constrained by coarse-textured, erosion resistant tributary alluvial fans.

Prior to major anthropogenic disturbances in the basin, the Napa River would have had numerous side channels that provided backwater rearing habitat for salmonids. The mainstem channel would have been connected to its floodplain in most locations, with the floodplain inundated during several storms per year. In contrast, 1998 aerial photographs depict a simplified riverfloodplain system in which the channel has narrowed, incised, and largely abandoned its former floodplain, resulting in a loss of backwater rearing habitat. Review of channel cross-section records, published reports, and recent field observations indicate that the river has incised at least 4–6 ft (1.2–1.8 m) on average from the mouth of the river to a point upstream of Calistoga, and is currently in the process of active channel incision upstream of Calistoga. Figure 6-1 illustrates some of the changes that occurred between 1940 and 1998 in three reaches. The abandonment of the floodplain and the present-day channel entrenchment are most likely caused by anthropogenic impacts, such as draining and diking of the valley floor, filling of side channels to facilitate development of the floodplain, mainstem channel straightening, mainstem bank stabilization, levee construction, gravel dredging downstream of the City of Napa, gravel bar skimming, loss of bedload supply due to dam construction, and large woody debris (LWD) removal on the mainstem.

These types of alterations of the mainstem river appear to have generally occurred throughout the valley floor, from Calistoga downstream to the City of Napa. Our interpretations of aerial photographs are supported by observations made during surveys of mainstem reaches (approximately 10 miles [16 km], reaches are shown in Map 9), and data from previously published studies. These alterations to the mainstem have affected the quality and abundance of suitable aquatic and riparian habitat for native species. The natural bar-pool morphology evident in the 1940s aerial photos and expected in a wandering river such as the Napa River, with its alternating sequence of pools and riffles, has been converted in many reaches into a series of long run-pools (i.e., long pools that are shallow relative to their length) separated by very small bars. These long run-pools create lake-like habitat for non-native predator fish, increasing the exposure of native salmonids to predation during rearing and outmigration.

Some pool filling by fine sediment was noted in the long run-pool habitats. Channel incision may have increased bed mobilization, which in turn may have increased frequency and intensity of scour of salmonid redds during the winter months (see Section 6.2). Floodplain abandonment has resulted in the loss of side channel, backwater, and slough habitats that would have provided high quality rearing habitat. Throughout most of its length, the mainstem Napa River now has only a narrow band of riparian vegetation.

Based on review of available geologic maps and literature, the modern topography, including the formation of large tributary fans and the valley floor, is the result of erosion and deposition that has occurred since the mid-Pleistocene or roughly within the past one million years (Kunkel and Upson 1960, Johnson 1977). The elevations of surrounding peaks range between less than 1,000 (300 m) to more than 4,000 feet (1,200 m). Many isolated small hills also protrude from the valley floor now and are composed of rock types that are similar to those in the adjacent mountain fronts. The elevation of the valley floor drops from about 340 feet (104 m) near Calistoga to about 50 feet (15 m) near Napa.

In 2013, Luhdorf and Scalmanini and MBK Engineers completed the Updated Hydrogeologic Conceptualization and Characterization of Conditions for Napa County. The report combines new well data with data from previous geologic studies of the Napa Valley to provide a more complete hydrogeologic picture that may be used for groundwater planning and management.

As part of this study to update the hydrogeologic conceptualization and further evaluate the subsurface geology of the Napa Valley, eight geologic cross-sections were prepared.

Cross-sections constructed in this study depict the interpreted subsurface shape and thickness of geologic units and movement of faults based on surface geologic mapping and subsurface lithology from well information.

Download full report, including cross sections, at this link 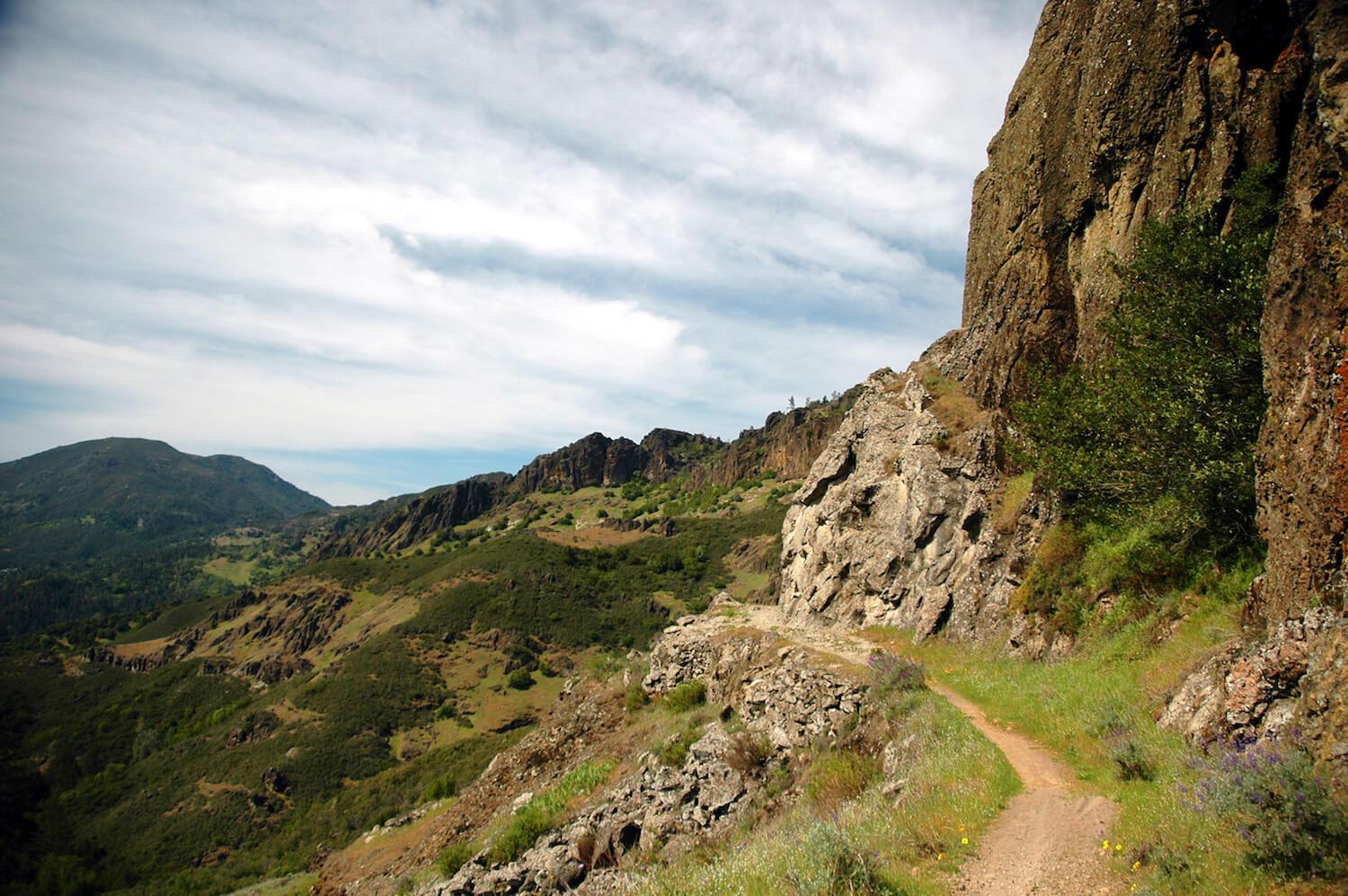