Napa County’s watersheds not only provide a home to over 140,000 people, they also support abundant wildlife, several of which are recognized as rare, threatened, or endangered.

Napa County is one of the most biologically diverse counties in the San Francisco Bay Area. Located at the margins of three major biological regions (the northern reaches of the San Francisco Bay-Delta estuary, the western edge of the Sacramento Valley, and divided north-to-south by several extensions of the Coast Range), the county exhibits a uniquely high level of wildlife diversity.

The forests, woodlands, shrublands, grasslands, rock outcrops, riparian corridors, wetlands, and vernal pools in our watersheds provide habitat for a variety of birds, mammals, reptiles, amphibians, and invertebrates. Napa County is also located along the Pacific Flyway, a bird migration route that extends from Mexico to Canada.

Napa County is home to bats, raccoon, deer, gray fox, ring-tailed cat, and bobcat. Mountain lions and black bears can also be found roaming in the more isolated areas of the County. 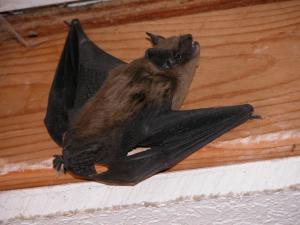 Napa County is a stop on the Pacific Flyway, a bird migration route that extends from Mexico to Canada.  Approximately 400 bird species make Napa County their home during the year. About 75 bird species live here year round and over 150 bird species breed here. 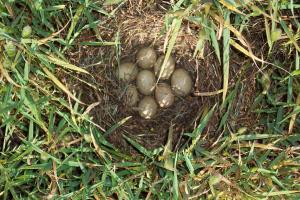 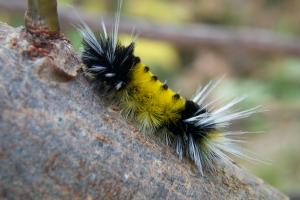 Sixty special-status terrestrial wildlife species and 9 special-status fish species occur or potentially occur in the County. Salt marsh and riparian woodland habitats are home to many of the special status species.

A wildlife corridor is a continuous swath of natural and agricultural lands. These corridors are critical to maintain the quality of our water, forests, and wildlife in a rapidly changing environment. Four major, regional north-south wildlife movement routes have been identified in Napa County: Heart of Mayacamas to Berryessa, The Western Mountains, the Napa River, and the Blue Ridge-Berryessa Natural Area. Maintenance of wildlife movement areas is important to conserve the diversity of wildlife and plants within Napa County.

The Mayacamas to Berryessa Landscape Connectivity Network is a partnership of public and private land managers across 10 counties advancing the stewardship of habitat corridors vital the the health of Northern California's inner Coast Ranges.

7 Ways You Can Keep Your Lands Wildlife Friendly: